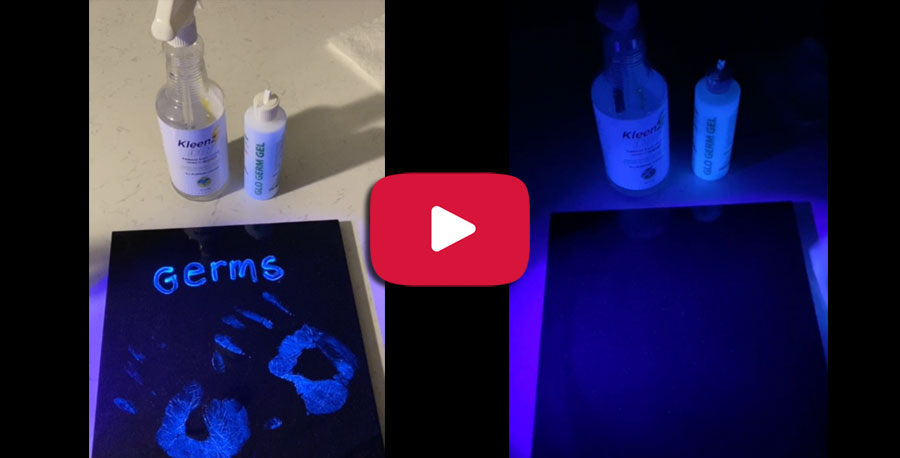 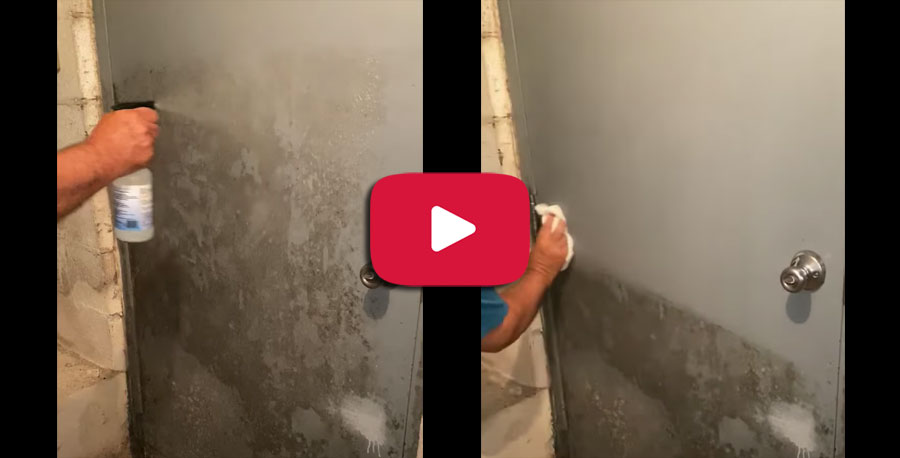 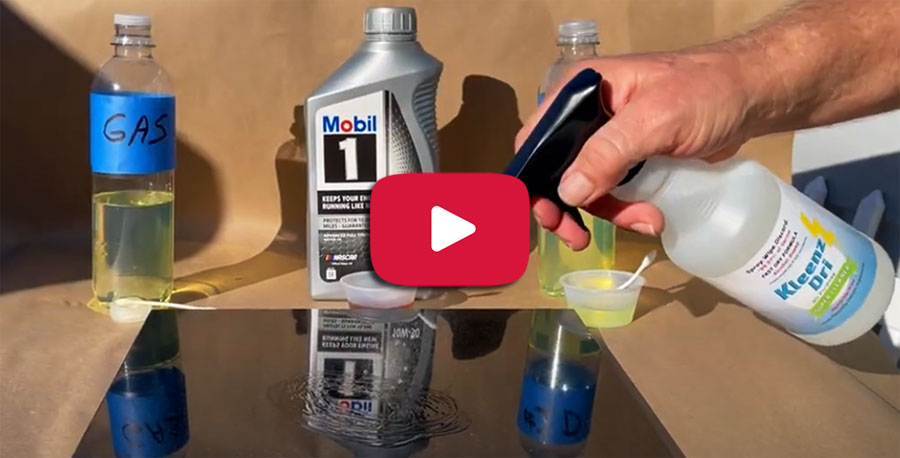 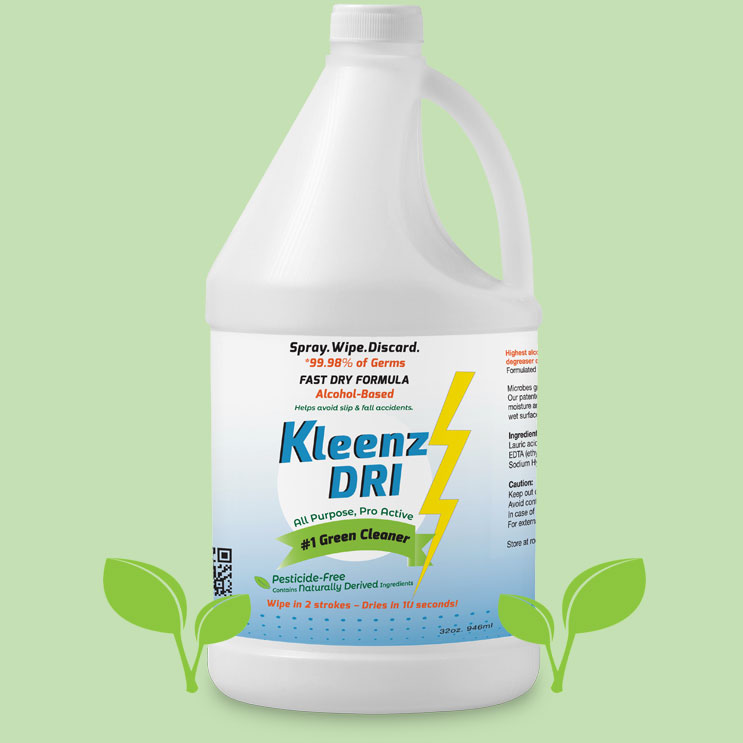 Germ Removal and Slip and Fall Prevention with No Poison or Pesticides.

Our Product is Suited For Multiple Surfaces.

The KleenzDRI patented formula is well-suited to use on:

Cleans and dries in seconds – no scent, no streaks.
For surfaces use a paper towel. For floors use a disposable or reusable, washable pad. 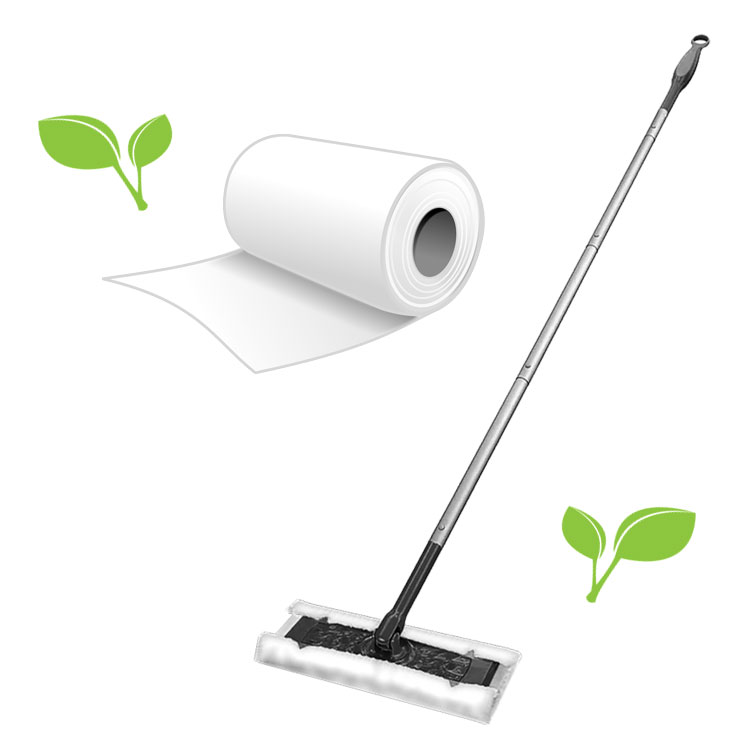 Stop cross contamination 100% in both Commercial and Residential locations.

Formulated for an instantly safer, cleaner environment. It’s plant based and made from naturally derived ingredients.

This alcohol-based cleaner cleans and dries so thoroughly it leaves no moisture on the clean surface. 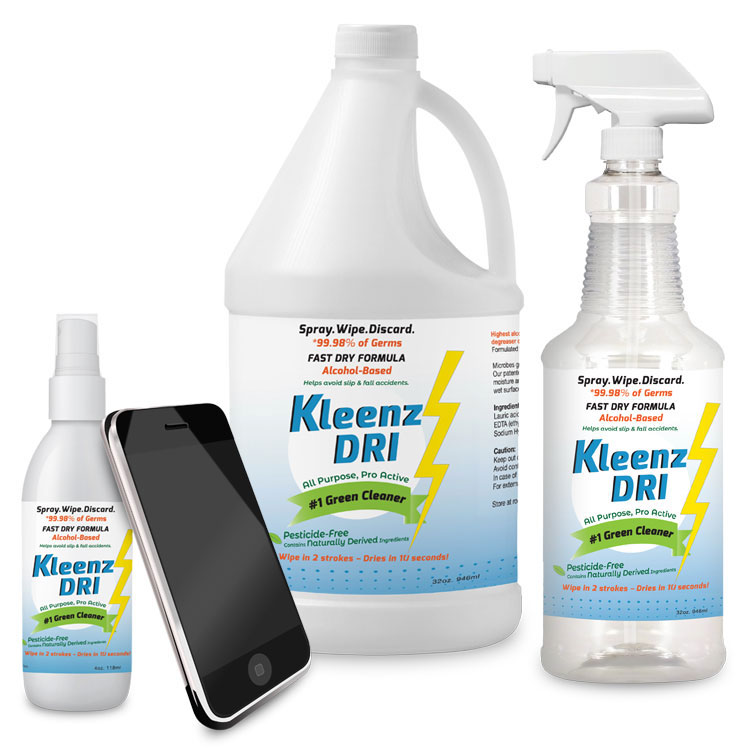 Wet floors are a huge issue. In fact, slip-and-fall accidents are the second-largest insurance  claim in the U.S. Pro-active products for slip and fall prevention may actually  reduce insurance premiums. 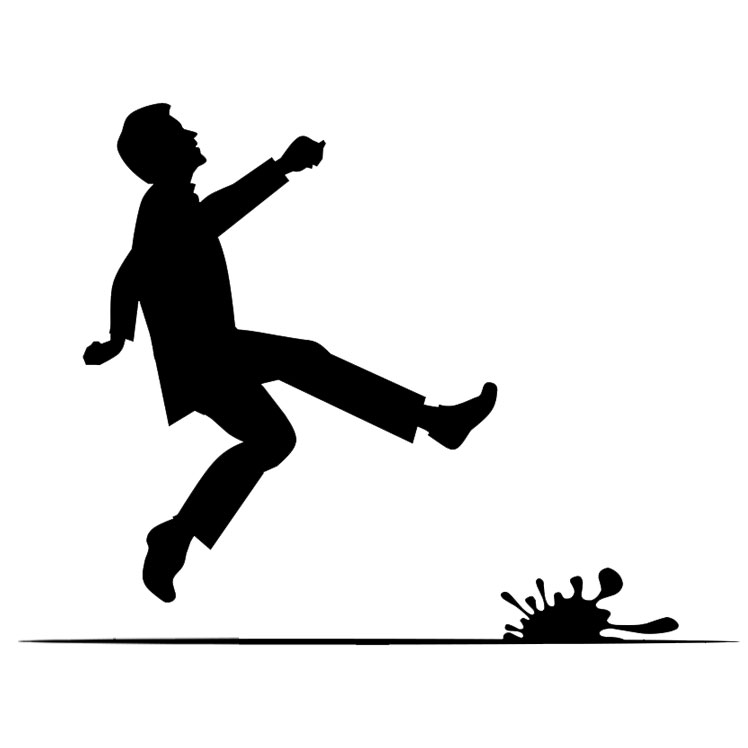 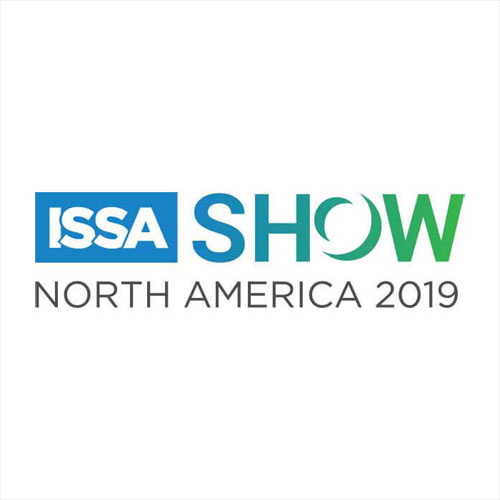 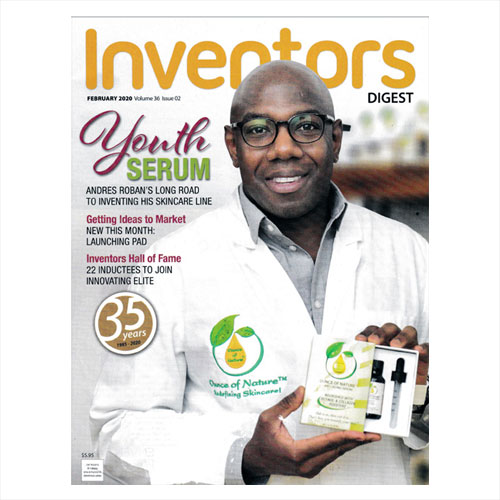 KleenzDRI lifts 99.98% of germs from surfaces and dries in 10 seconds as shown in our lab results.
Amazing results achieved naturally! 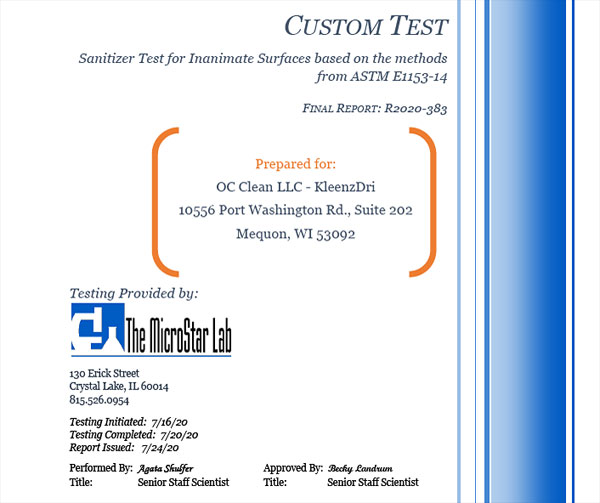 Feel better knowing you’re offering a safer environment while protecting your family, your customers, your staff and your company.

KleenzDRI dries in seconds, it helps to minimize slip and fall accidents, no company can afford bad publicity especially when falls are preventable. 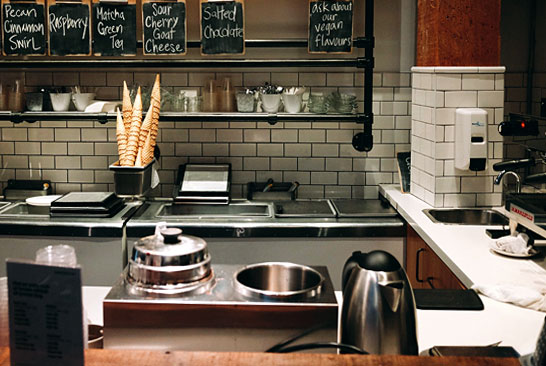 Slip & Falls are the Second Leading Cause of Personal Injury. Top 5 Workers’ Comp Claims & Primary Cause of lost days from work.

KleenzDRI is the highest alcohol based cleaner on the market. Engineered to dry in seconds, not minutes, to help reduce slip and fall accidents. Maintain a safe environment at home and work.

How to use KleenzDRI on Floors

Step 1: For best results, do away with your old cotton mop and bucket!

Step 2: Use a flat mop with a dry pad. Spray KleenzDRI on floor, mop the desired area and dispose of the dirty pad when finished.

Wet, sticky tables, menus and condiments are unsanitary, dirty and smelly. Very unappealing to your guests.

KleenzDRI is engineered to lift unwanted particles, odors and to cut through the toughest dirt and sticky grime all while drying in seconds. Simply spray wipe and clean.

How to use KleenzDRI on Tables

Step 2: Using spray bottle, apply a few sprays on surface and wipe each table clean with disposable paper towels or napkins for best results. Discard dirty paper towel or napkin after each use to avoid cross contamination 100%.

Repeatedly used wet bar towels. Numerous studies have shown that odors, dirt and grime are trapped in these fabric towels and can be a significant source of transferring grime across countertops and barware. 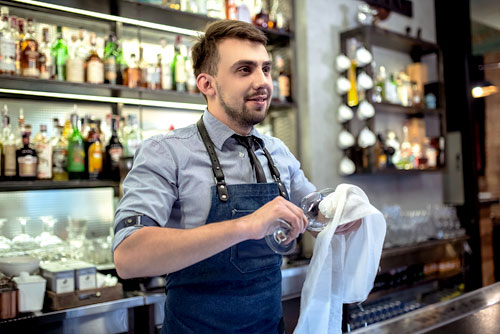 Using KleenzDRI with a dry, disposable paper towel to lift and remove dirt and grime eliminates the need for bar towels. We recommend disposing used paper towels after cleaning each area.

A used cotton mop and bucket pushes and spreads grease and grime not only on the area you are cleaning but to other areas as well. This also greatly increases the risk of slip and fall accidents. 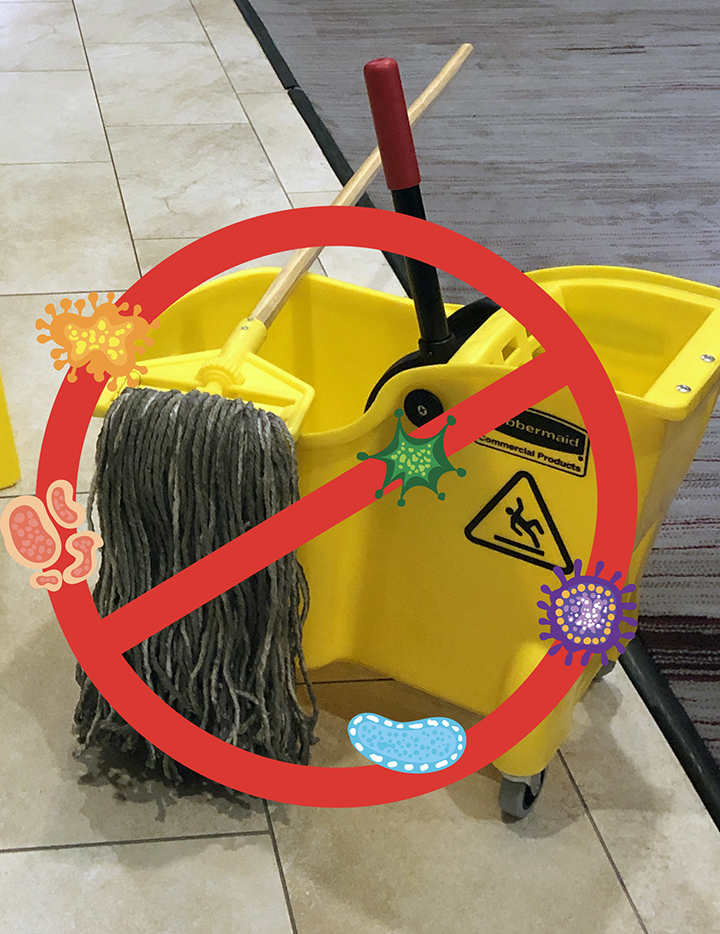 Use KleenzDRI with a flat mop and a clean, dry pad to cut through oil, grease, dirt and grime. Change pad after each area cleaned to stop cross contamination. Floors cleaned this way dry rapidly and leave no residue behind helping to minimize slip and fall accidents.

KleenzDRI was formulated to lift, wipe away and discard the toughest of challenges with ease and still dry in seconds! No residue. No streaking. 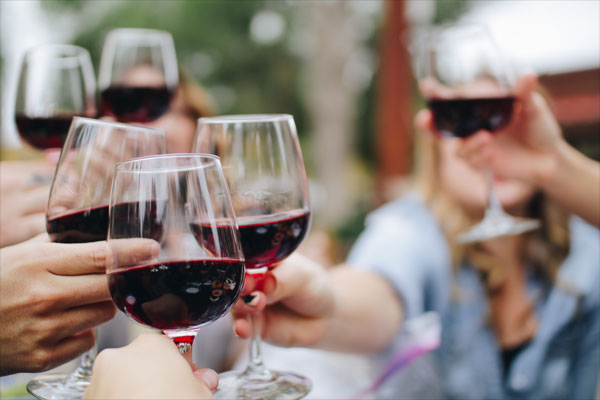 Then apply KleenzDRI and wipe with paper towel and discard.

KleenzDRI for The Hospitality Industry 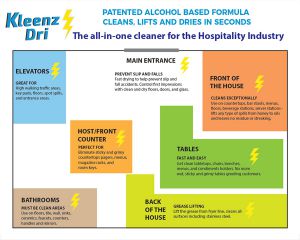 KleenzDRI for Grocers and C-stores 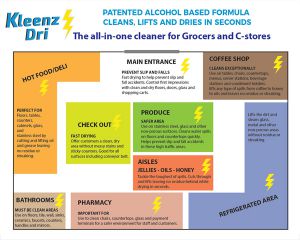 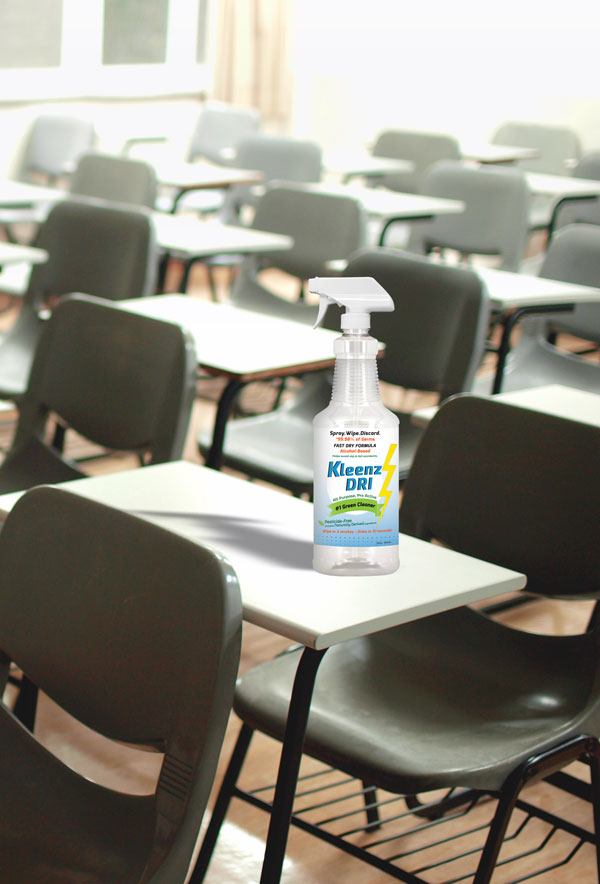 We have tested our product extensively in commercial and household environments and found it to be easy to use, extremely efficient, fast-drying and leaves little or no residue. It’s so unique we were granted a utility patent.
• Great for all classrooms, desks, counter tops, tables, tile floors and walls.
• Clean entire restrooms including mirrors and fixtures.
• Safely clean your entire cafeteria and all stainless steel surfaces.

Suggested Implementation of KleenzDRI in the Classroom:

Teacher sprays on desktop and chair. Students wipe clean their own workspace using a disposable paper towel and learn a lesson in cleanliness and responsibility.

Expert Opinion Regarding Cleaning Products in Our Schools:

“It is unclear whether any of these agents are being used in cleaning chemicals currently used in your facility. Any product that claims to ‘kill’ germs will likely contain pesticides and/or toxic materials. Parents have brought to my attention that their children are having reactions (i.e.: skin irritation, rashes and breakouts) on their forearms. Our conclusion is this is due to long exposure of harsh chemicals being used to clean desks and other surfaces. This raises concerns about the human health impact on a long-term basis.”
– Delphine Ally, Scientific Director, Pioneer Concepts, LLC.
Former scientific researcher who worked with the National Institutes of Health and in the
biotech industry for several decades with an expertise in molecular biology.

Did you know…?
… The FIFRA Act (Federal Insecticide, Fungicide and Rodenticide Act) has banned 43 chemicals from their list.
… The Stockholm Convention banned 11 chemicals because of their adverse effects on humans and the environment.

Is there any other product line that is similar to KleenzDRI that dries in seconds?

Kleenz DRI is a first-to-market cleaner engineered to dry in seconds. We recognize the importance that seconds matter, especially in high-traffic areas, to prevents slips and falls.

What makes KleenzDRI a super cleaner?

Kleenz DRI, an alcohol based cleaner, was engineered to lift and clean dirty, oily, grimy, sticky surfaces while leaving no residue behind.

For restaurant use, should I be using my bar towels with this product?

We recommend using a clean, dry disposable paper towel or napkin to effectively clean tables and other surfaces.

How do I use KleenzDRI for spot spills on the floors?

Using the spray bottle, spray the affected area and wipe with a dry disposable paper towel or dry fiber wipe, to lift and remove the spill.

Can I use KleenzDRI on my carpet or fabrics?

Yes. Kleenz Dri can be used for spills on carpets or fabrics.

Are there concerns of KleenzDRI being an alcohol based cleaner?

Like most cleaners, Kleenz DRI is not for human consumption. It should not be sprayed on an open flame.

Can I pour a gallon of KleenzDRI in my mop bucket?

No. KleenzDRI was designed to be used with a flat mop and dry pad. Do not use with a wet cotton mop or sponge mop. KleenzDRI efficiently lifts oil, grease and grime into the mop pad or paper towel to clean and dry surfaces.

Can I use KleenzDRI in both residential and commercial bathrooms and kitchens?

Is KleenzDRI an all-purpose cleaner?

Yes. Kleenz Dri is alcohol based and works on floors, tables, countertops, tile, glass and other non-porous surfaces.

No, Kleenz DRI is a RTU (Ready To Use) product line.

How do I order KleenzDRI?

“I am super impressed with KleenzDRI! I use KleenzDRI on a daily basis throughout my entire Restaurant. I found it to not only be a great cleaner but also a huge labor saver by its’ true effectiveness of cleaning and lifting all the dirt and grime. I feel we have created a much cleaner and safer environment for our staff as well as our customers. The drying times are just as impressive as the cleaning capabilities.”
– Laura P. – GM, Restaurant
★★★★★

“I oversee 8 buildings in my complex of condo/timeshares with weekly rentals. We have a number of high traffic tiled areas such as our main lobby, entrances and exits in each building as well as hallways in front of the elevators. My cleaning crew cleans countless bathrooms and kitchens throughout the complex. My team and I have found KleenzDRI to be so effective at cleaning all surfaces. The fast-drying times on the tile floors create a much safer environment for our guests. Finally, a product line that addresses the importance of fast drying times! Thank you!”
– Phil M – Facilities Maintenance Dir
★★★★★

“This super cleaner is fantastic. For once, a product performs the way it says it does. I’ve yet to find and area that KleenzDRI cannot tackle. I use it in the front house and back house. I’m discarding my other cleaners as I’ve finally found ONE that does it all. I’ve also discarded my dirty cotton mop and bucket and I’m now using a sprayer mop with KleenzDRI. My floors are clean and most importantly dry in seconds. I HIGHLY recommend KleenzDRI to all my fellow Restauranteurs!”
– Colleen C – Owner, Restaurant
★★★★★

“As the owner of a Cleaning Company, my team and I clean 35 houses and we are growing to more. I wanted to give a shout-out to KleenzDRI. This cleaner is extremely effective at cleaning all the stainless-steel appliances, removing fingerprints and even better does not leave any residue behind on all surfaces including glass. It makes my teams’ job a lot easier in our daily challenges we face cleaning the kitchens and bathrooms…. from the tile floors, to the walls and countertops, sinks, grout, mirrors and much more.”
– Joyce T – Owner, Cleaning Company
★★★★★ 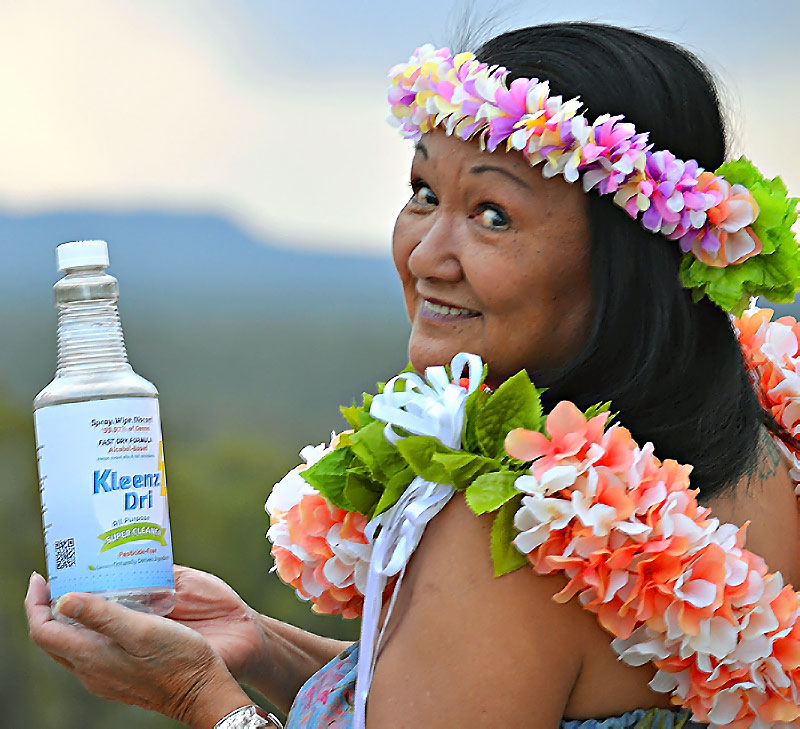 Ngaire who you see holding a bottle of KleenzDRI has 45 years in a variety of different roles in the restaurant industry. When she was shown this product, she was skeptically optimistic, she thought:
“What a great concept, here is something that cleans and dries almost instantly! What a possible game changer. An end to slippery floors after cleaning!”
The skepticism ended when she tried the product herself. A natural, pesticide free cleaning product that actually worked! Not only for floors but ALL cleaning needs!

Ngaire was born in Hawaii in 1959. Her mother 100% native Hawaiian, her father Japanese and Pilipino, together gave her the gift of Hawaii. She was ultimately raised by her paternal grandfather and grandmother. In her early teens she began working part time in a restaurant in California where one thing led to another and ultimately she managed, started and ran a variety of restaurants. She has experience at every level of the restaurant business and feels that this new product KleenzDRI is going to be a game changer.

You can always trust and depend on KleenzDRI!

FOB – Pennsylvania.
KleenzDRI is not a concentrate.
RTU product line. 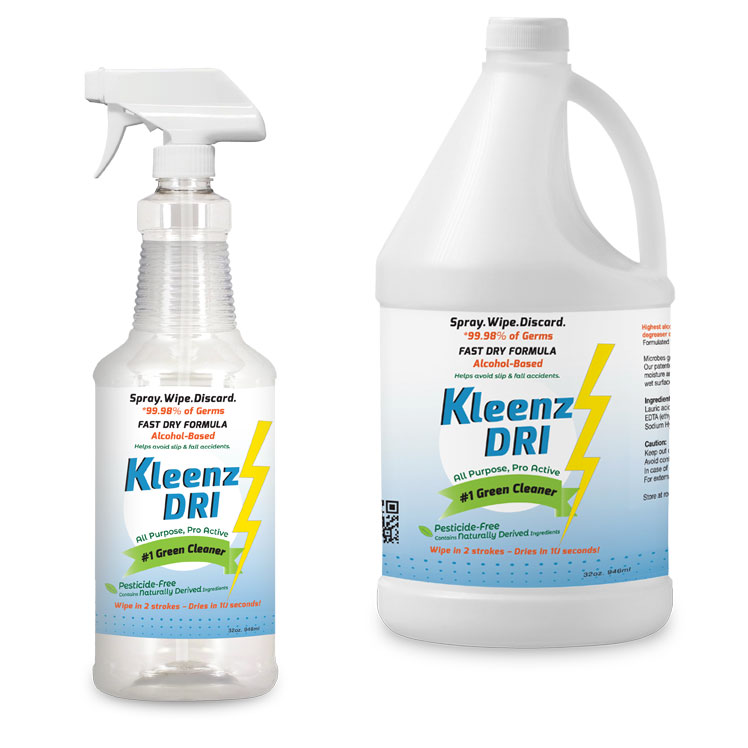